“The ancient cave town of Matera, Italy, illustrates the rise, fall and transformation of all material things, a primary theme of my work.

Matera originated as a Paleolithic troglodyte settlement dating back more than 9000 years. The Sassi di Matera, translated as Stones of Matera, is the most ancient part of town – its structures carved out of the soft limestone rock of the region. The labyrinths of buildings and passages sit on top of one another. A roof of one house may be the foundation of another or even a roadway. It's filled with tunnels and caverns with only a fraction visible on the surface, leading to the name La Citta Sotterrane (Underground City). It's one of the only places in the world where it’s feasible that residents could live in the homes of their Stone Age ancestors. As such, Matera has been designated a UNESCO World Heritage Site.

The caves were a refuge for monks, nuns and hermits fleeing the persecution of the Middle Age Inquisitions. There are over 150 Rupestrian cave churches, many featuring impressive frescos painted by monks over 1000 years. Some caves are simple. Others are complex warrens with large underground chambers. Many of the churches were places of pagan worship before being established by Christians. Inside, the accumulation of centuries of reverence and prayer is tangible.

By the 1950s the residents were living in poverty, sharing their homes with livestock, often without electricity, heating or running water. Declared the shame of Italy, more than 15,000 citizens were forcibly evicted and moved to new housing developments above. For the next 50 years, the abandoned ancient town became overgrown and derelict as nature gradually reclaimed it. The layers of its long history are evident in the exposed cross-sections of the city, like sedimentary rock strata deposits, making it easy to imagine how past generations lived.

In the 2000s, artists and bohemians started to reinhabit the Sassi signifying the beginning of a rebirth. Cave hotels and restaurants began to open catering to the arrival of tourists. However, unlike other such locations, Matera hasn’t needed to rely entirely on tourism to sustain itself. In striking contrast to its ancient history, it has become the home of several high-tech companies – the ancient caves reawakened with the blinking lights of computer servers. Today approximately half of the Sassi is restored. Coming full circle from a national embarrassment, Matera was selected as the 2019 European Capital of Culture.” —Bret Culp 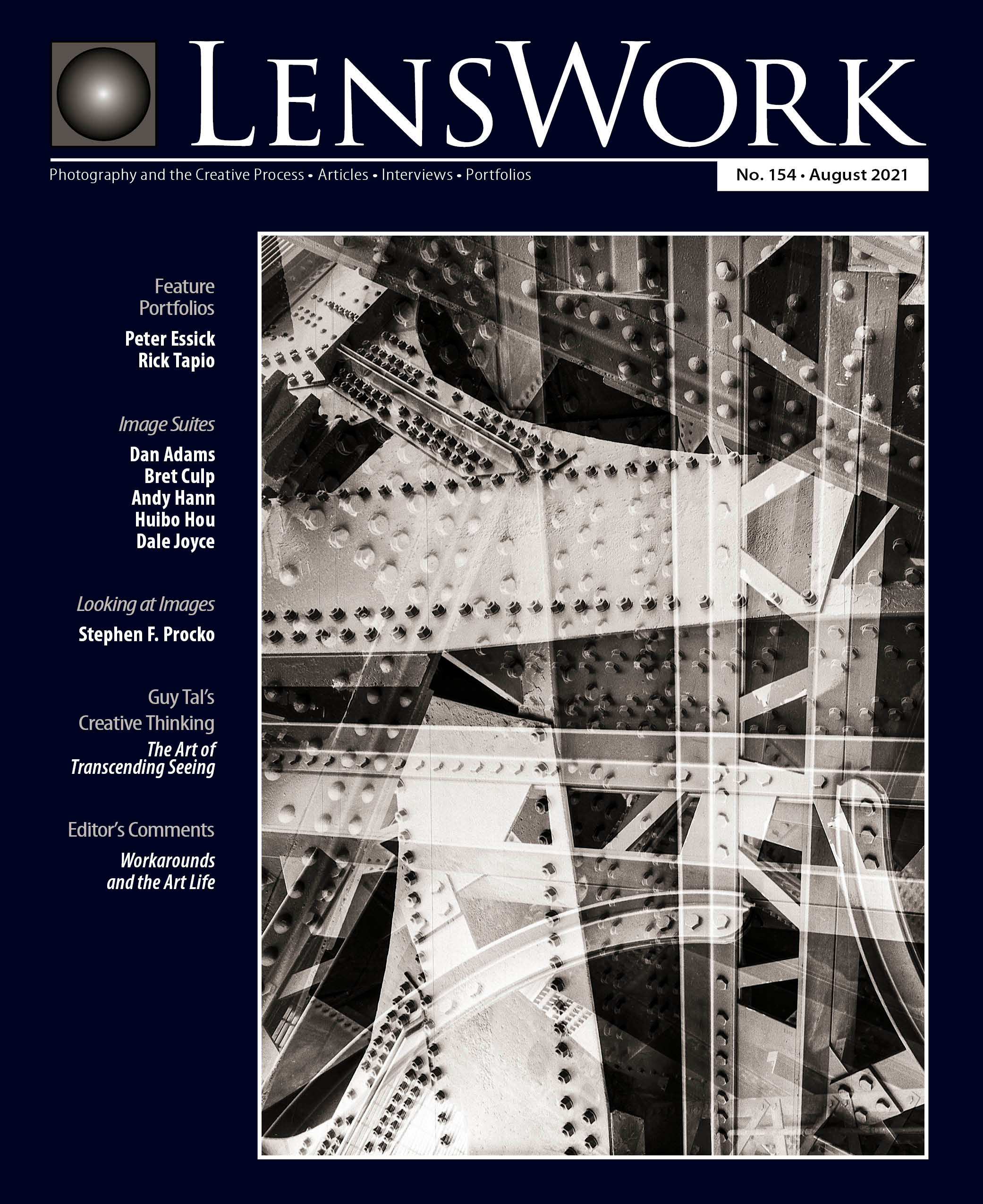 Sassi di Matera in LensWork Issue #154, circulated in over 70 countries.


The images above are available as handcrafted limited edition fine art photographic prints made using Epson's UltraChrome PRO10 Ink System and the best museum-grade photo papers available. The paper and ink combination results in stunning, rich prints with extraordinary presence and incredible depth and dimensionality. They promise to elevate any room.

Each piece is signed and editioned and includes a certificate of authenticity.


The pigment-based inks feature industry-leading fade-resistance of up to 200 years for colour and 400 years for black and white, as tested by Wilhelm Imaging Research, Inc. The papers used are Acid and lignin free, pH Buffered, and don't use optical brightening agents, meaning your prints will continue to look pristine for generations.


It is impossible to fully convey the look and feel of the actual photograph on a computer screen. Physical prints have to be seen in person to appreciate their beauty and subtle detail fully. I guarantee if you are not completely happy with your purchase, you can return it for a complete refund.


On the top right of each gallery thumbnail page is an orange button. Clicking it will open a form for you to fill out. I will respond with information about available print sizes, edition numbers, costs, etc. Alternatively, I'm happy to speak with you on the phone at +1 647-220-6578.